477 positions were uncontested and were therefore acclaimed.

Women Acclaimed to Office
Of the 477 acclamations, 138 were female. That’s 29% of acclamations, and slightly higher than the percentage of female candidates overall.

Women Incumbents
591 of the 2,194 incumbents running were female. This is 27% of the pool of incumbents – and notably the same as the proportion of female candidates in the election.

Success rates of male and female incumbents did not differ substantially.

4 municipalities had questions on the ballot (City of Cambridge, City of Kingston, Township of Leeds and the Thousand Islands and Town of Wasaga Beach)

Average voter turnout was 38.30% (based on 388 municipalities that conducted direct elections and provided voter turnout information)

A candidate’s electoral success depends on the magnitude of her competition, the recognition of her name among the electorate, the size of her war chest, and other factors.  Our data cannot account for all of these influences; information below should be interpreted with caution.

Women and men were equally likely to be incumbents. Women nevertheless experienced greater electoral success than men whether running as an incumbent for a new office, an incumbent for the same office, or a new candidate (Table 3).

Elected Candidates by Incumbency and Sex

Elected Candidates by Incumbency and Sex 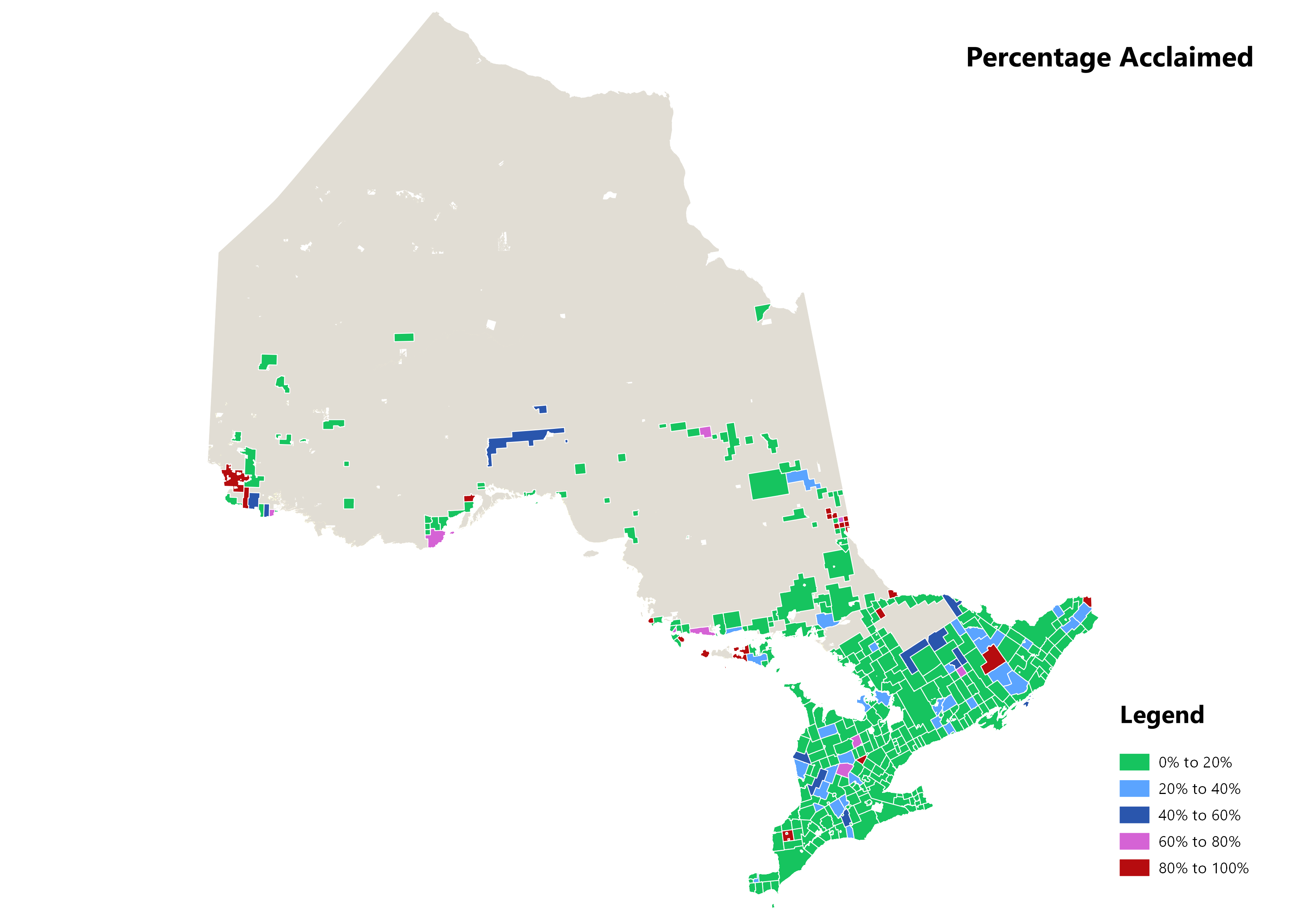 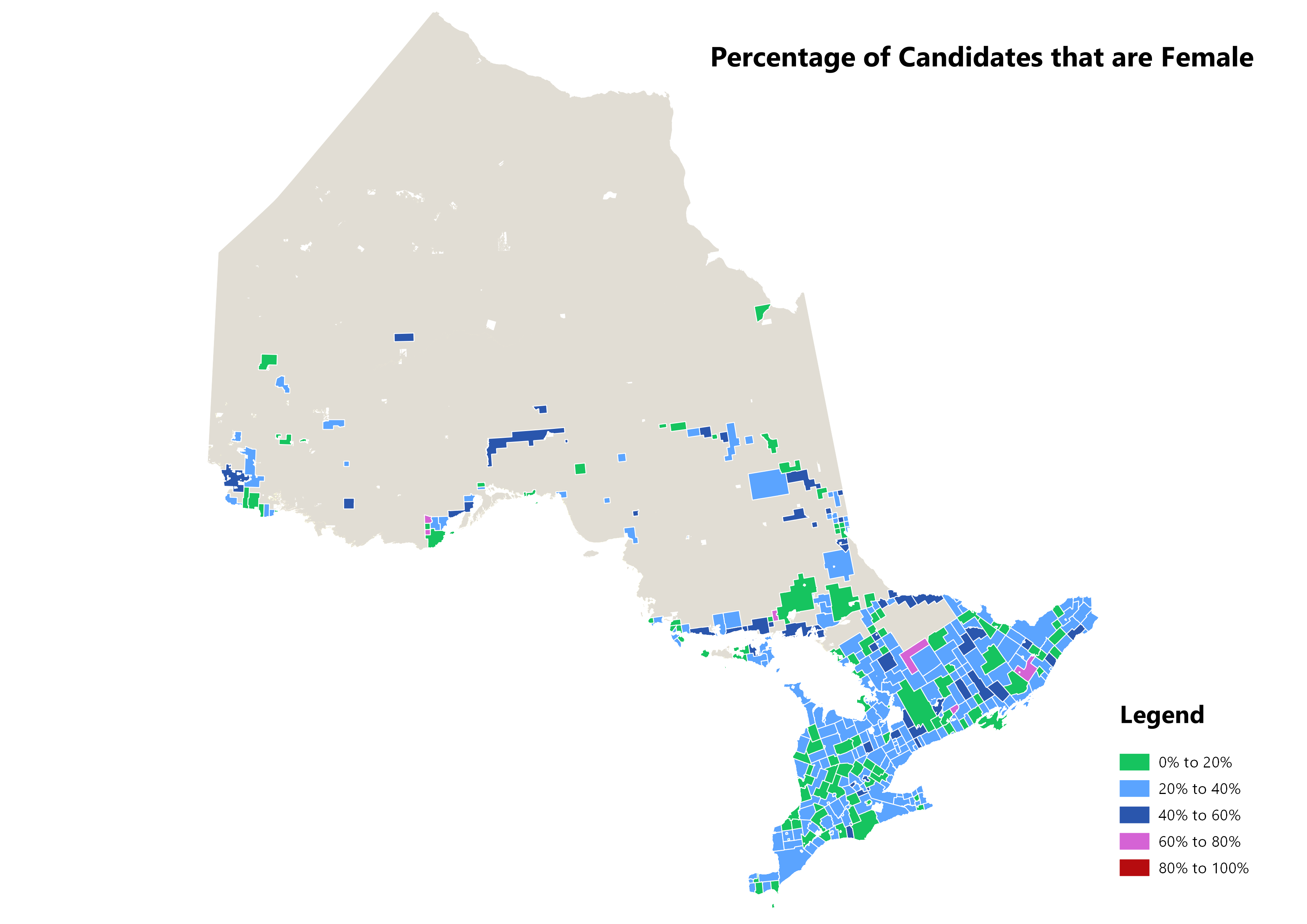 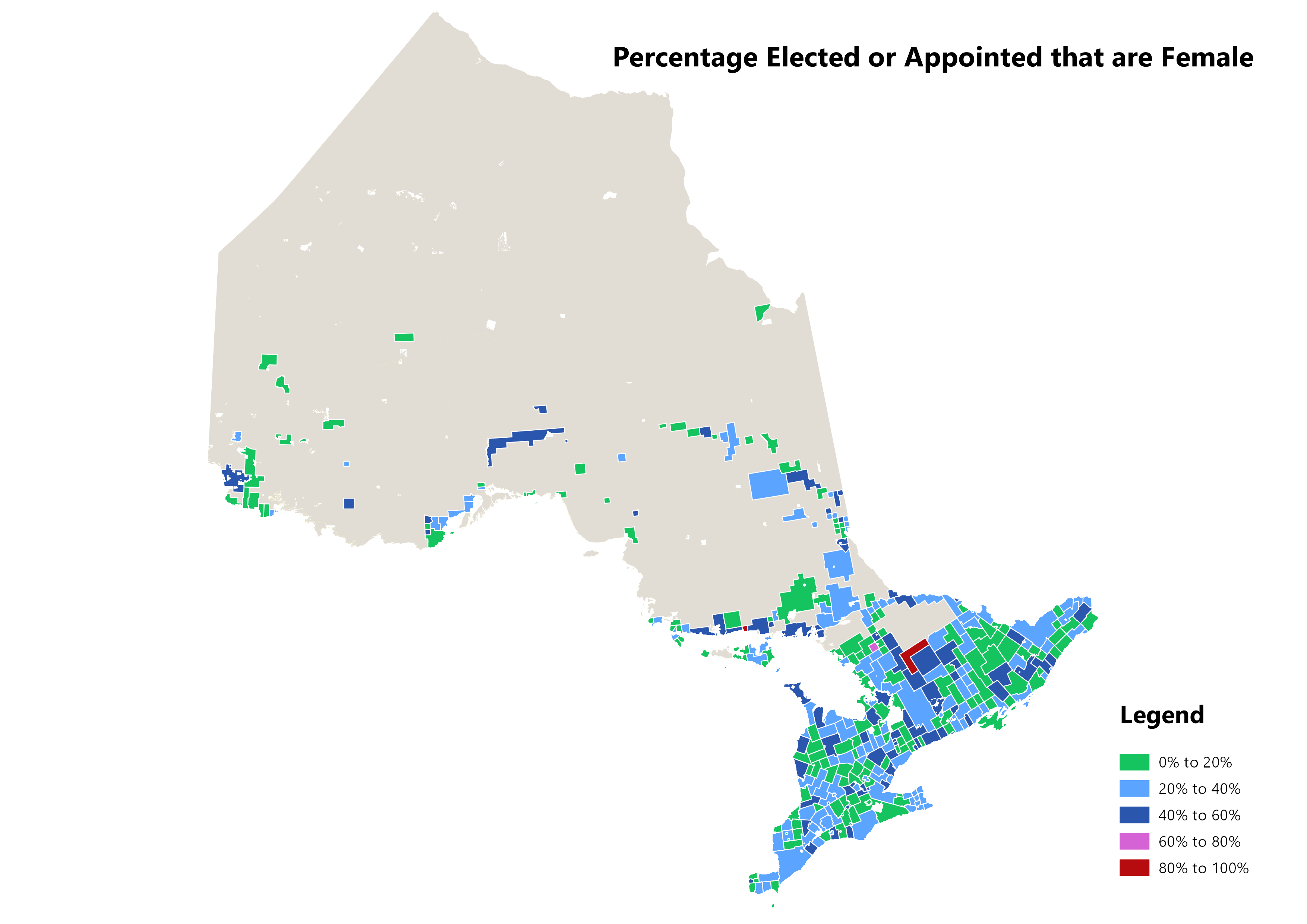